Two D.202 students to star in Paramount Theatre’s “The Sound of Music” 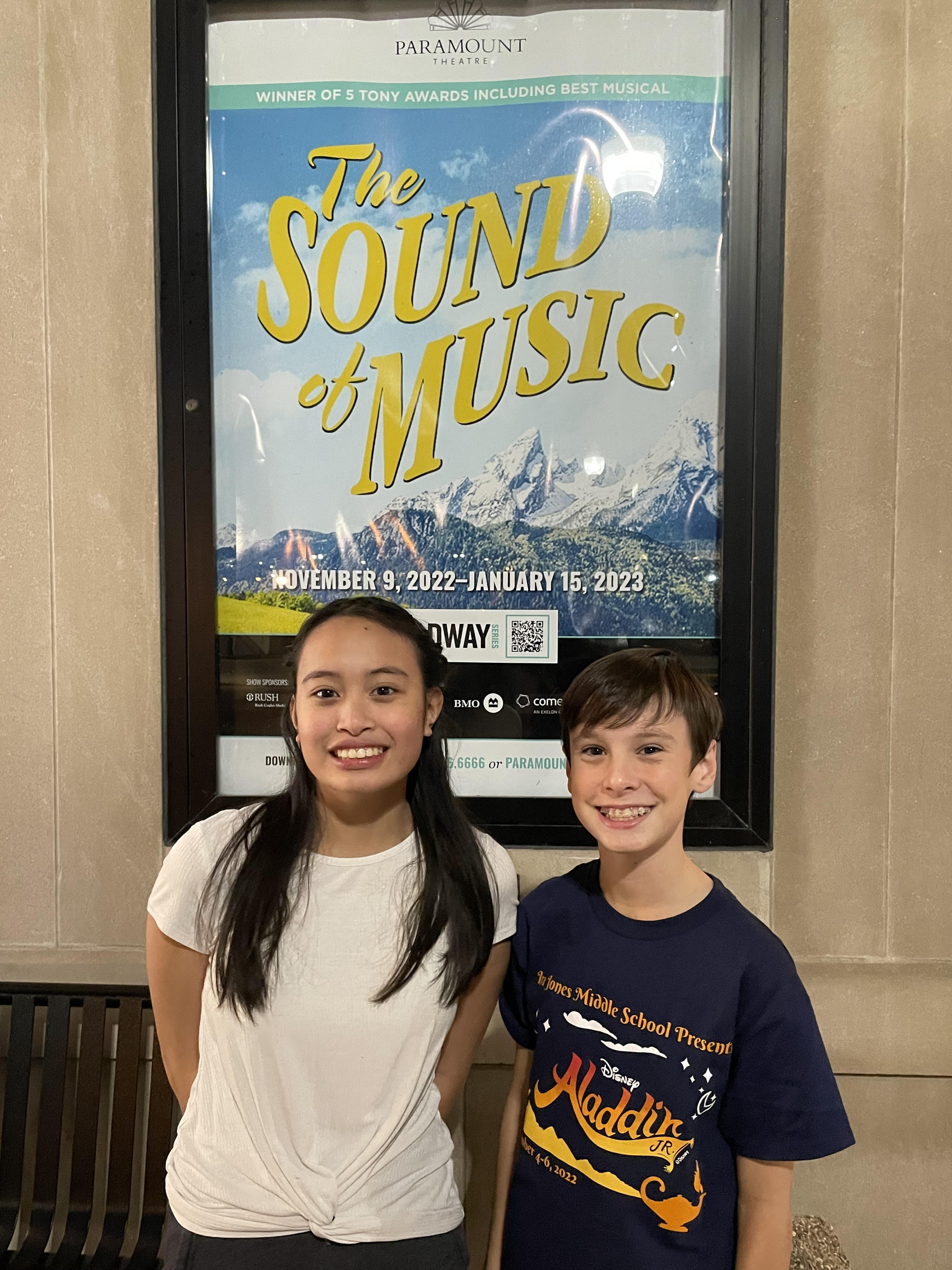 Two District 202 students will make their professional stage debut in Paramount Theatre’s production of “The Sound of Music.”

Plainfield East High School freshman Kara Rivera is thrilled to play the part of Louisa, the third child in the von Trapp family.

“I am excited to be working with such a gifted and experienced cast,” Rivera said.

“The music and fine arts programs at District 202 inspire students who have a passion for the arts,” Rivera said.

“She is a talented singer and actor, but she is one of the kindest students I have had,” Palmer said.

Long enjoys playing this character because he believes their personalities are very similar.

“I think Kurt is a caring character that is on Maria’s side when she comes into the house,” Long said.

Long has been performing in youth and community theatre since the age of five.

“I love being on stage because I get to share joy with other actors and the audience,” he said.

“Charlie is a one-of-a-kind student with an infectious energy and is a leader in our choir,” Blair said.

Rivera and Long rehearsed six days a week, up to four hours per day for six weeks.